A report from El Paso’s (That’s in Texas, for those of you who may not have heard of the place.) very own KFOX Morning News has successfully manged to scare the pants off of concerned parents who bought their children a Kinect unit for their Xbox 360 this year. 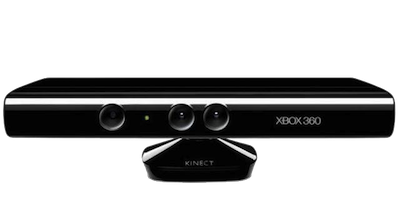 Aside from calling Microsoft’s console everything from xBox360 to XBOX360, and jumping around from quote to quote (and we understand it’s a TV news report, not a newspaper report) they even managed to throw in a bit of a sexual innuendo in the form of a quote by a dude named Martin. While talking about an unlicensed game by a company called ThriXXX that runs alongside hacked Kinect firmware he says, “If you notice, it’s only one hand, so I figure the other one’s busy.”

That’s right, on the morning news, the guy managed to throw in a not-so-subtle reference to tuggin’ the ol’ turkey. Bravo, Mr. Martin.

In all fairness, they do say that the software is unauthorized by Microsoft, and that the company responsible for the wanking game did in fact hack Kinect to get their game to work on it. They also mention that Microsoft is doing what they can to ensure that the game does not get released. Of course, there’s not much you can do to prevent that. This is, after all, the age of the internet. It does bring up an interesting point, however. The family is worried about the kid going online with the Xbox 360 and buying the game without their knowing it. That’s not happening. No way, no how. He would have to run a hacked Kinect on his PC (not his Xbox) in order to play the game. At that point, it’s probably less trouble to just do a Google search for your one-handed-browsing needs.

Now, we will tell you where the real danger can be. As a parent, this is where you do have to look out. We are not here to spread fear where it’s not needed, but Kinect does have a video chat. Given, they can only chat with people on their friends list, but that doesn’t mean they can’t meet new people. It’s up to the parent to monitor who the child is talking to online, and what’s going on when they meet. Take the time to play some of these games with your kid, even if you suck. They will appreciate that you are expressing some sort of interest in one of their favorite pastimes. Heck, you may even find out that there are games you like out there.