Microsoft’s Xbox Halo series have been enormously successful and the company has certainly realized the commercial and big screen potential of this hugely popular series of first shooter titles. When Halo: Combat Evolved, the game was one of its kind and eventually encouraged other game developers to create games and bring in a healthy competition. 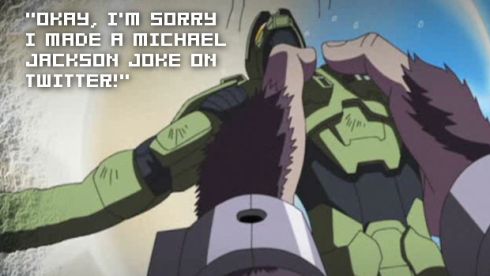 Now, Microsoft announced that has begun work with world’s leading anime studios from Japan in order to create Halo Legends Project. The project involves many short original Anime films, which may disappoint the core target audience which consists of young adults. Conversely, they may develop a sudden interest in Anime thanks to Halo: Legends.

Studio Bones, Casio Entertainment, Production I.G., Studio4 C, and Toei Animation have been reined in to make the Halo Legends Project successful enough to keep the series going well into the next decade. Shinji Aramaki would overlook the project and the videos would be distributed by Warner Bros in early 2010. The core fanboys might be a little disappointed with Halo going all Anime but then the trailer doesn’t’ look too bad and there is no rule that states that a game should be bound to a particular genre.

It really would be interesting to see how this thing develops and how far a commercial success these short films would be in 2010, as a lot could happen in a span of six or seven months. If you can’t wait long enough for the Halo Legends Project to take place, try spending some awesome time in the bath tub with this Halo 3 Master Chief Soap. You could try the Halo 3 Xbox Mod, if you feel too lazy for a bath.