Halo 4… Confirmed by Microsoft themselves

Minutes before the event of the year, Microsoft’s very own E3 presentation, the unthinkable happened, and some info got leaked… by Microsoft themselves. 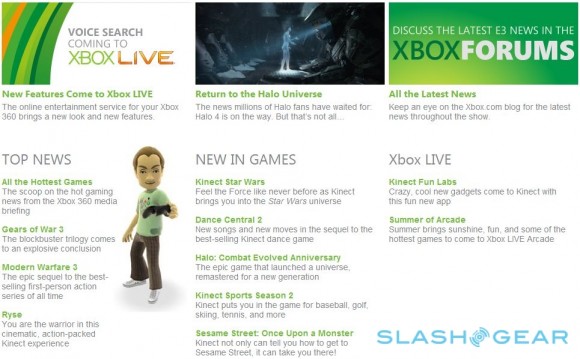 For whatever reason, the guys at Microsoft decided to upload their program to their own website, only to take it down a couple minutes after. This wasn’t fast enough, as the guys of Slash Gear managed to get a couple screenshots. And the biggest news are the mention of Halo 4, which is gonna make the internet explode during and after the event itself. Other confirmed titles are Dance Central 2, Kinect Star Wars and other titles, and the new Kinect Fun Labs games, which seems to be an app store dealing with Kinect apps exclusively. Another cool mention that we can’t skip is Call of Duty: Modern Warfare 3, dubbed “the epic sequel  to the best selling First-Person Shooter of all time”

We’ll update with more info after the event itself. Until then, what would you like to see?