Halo 3 deals with the interstellar war that takes place during the 26th century and is led by the United Nations Space Command. 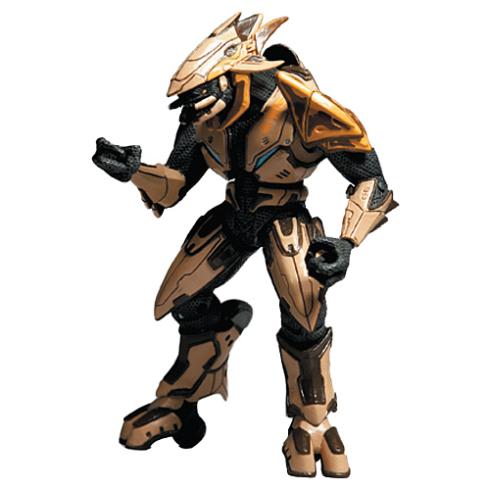 They fight against a collection of alien races known as the Covenant and it all end in bloody battles and fights not very different from the wars we see today in real life. However, people are cybernetically enhanced sometimes, and you as a player are so too.

This game is still one of the most popular ones for Xbox 360, and McFarlane Toys and Microsoft have realized the popularity and joined hands. The companies are bringing in Halo 3 Series 4 Elite Combat Action Figure which allows you to recreate your own battle scenes.

The Series 4 action figure comes with an Elite combat figure and accessories. At $13.99, it is a must-have for all the Halo fans. If you would like to check out more figures, do read what we wrote about Halo Clay Figures and Halo Kubrick Figures. There couldn’t be a better gift that you could give a video game fan!