Those who love third person shooter games would most certainly like Gears of War developed by Epic Games. Such players would also like this Xbox case made we came across online. Tallerkamino has designed and modded the Xbox case to suit Gears of War and what resulted in the end is an Xbox case mod that is totally out of this world and look really distressed and abused. 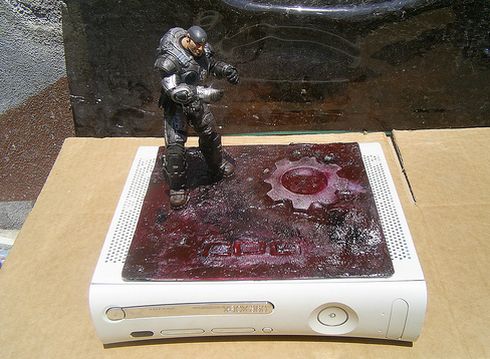 The game centres around Delta Squad, an elite group of soldiers who fight to save the human lives in a planet called Sera. The death, destruction and madness they encounter in this holy struggle are reflected in the abused Xbox case mod. How the mod was built is not clear but he images speak for themselves and ay self respecting Gears of War fan would attempt to get this mod for himself or herself. Perhaps something was pasted upon the Xbox in order to seem like it has been mauled and gnawed at.

The action figures also reveal the coolness of the mod and the game as well. This would make you think twice before you speak nonsense about violent games for little would you know what you are missing. One could try and contact the modder to get their Xbox modded and customized to suit the mood of Gears of War. You could check out the Quake 4 Xbox Mod if you want something green and toxic looking. The Steampunk Xbox Mod is totally cool and transports you into an industrial age. However, I like the Gears of War mod the best. 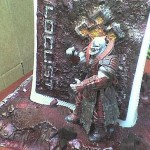 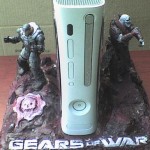 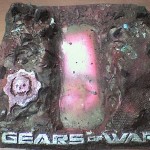 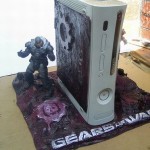 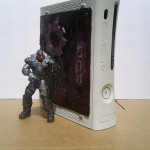 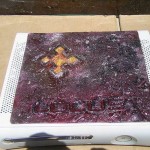 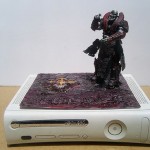 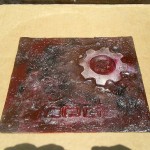 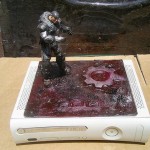