Wondering what to gift your gaming little sister or girlfriend on her birthday? Well your search ends here. Presenting to you for the first time, Gears Of War Merchandise made specially for the Woman Kind. The new Gears Of War themed Ponies that sort of resemble some characters from the game. 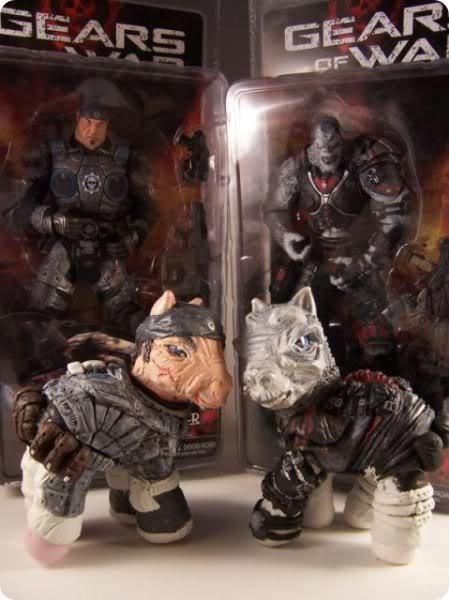 The Warrior ponies are based upon the character design of Marcus Fenix and Locust. They do not quite resemble the original characters but still they do give us some hints about their respective characters. These Ponies are available in 20 shades of Gray, which is very colorful considering the theme of the game itself. Although these seem a bit weird and kind of spooky to me, I still think they would be a big hit among the Feminine section of the community.

The catch is that we guys really do not know the first thing about the likes and dislikes of the opposite sex. So we guys still may remain in the dark unless some daring dude tries gifting one of these to his girlfriend or his sister. Man! whoever you are please do feed in your experience once you have tried gifting one of these, all the guys of the world are counting on you!.