Good news for experienced Gears of War players: the newest game in the series will reward you for staying with them! 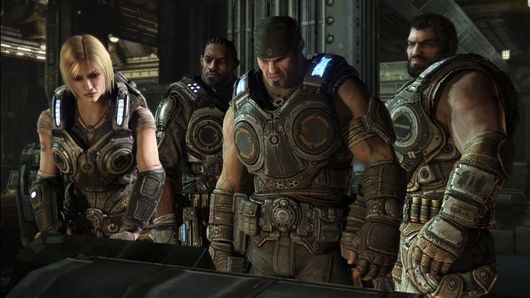 If one of the things stopping you from letting go of an older game was also letting go of your precious equipment and achievements, stop worrying: the golden Lancer and Hammerburst from Gears of War 2, will be transferred once Gears of War 3 launches on September 20. This data was confirmed by Epic producer Rod Fergusson for our source. And that’s not all, dear players, other unlockables from older Gears of War games will revolve around Achievements.

Ferguson mentioned that “If you did something in Gears PC you get a chrome skin, if you did something in Gears 2 you get a chrome skin. The chrome set is sort of our thank you to people who played our games in the past.” There were also mentions of another incentive for players who hit level 100 and unlocked the Veteran Gear Achievement in GoW 2, although we don’t know as of now what this means in Gears of War 3.