I’ve been gaming for a long time; so long in fact, that I don’t actually have any memories from a time before I owned a console. I fondly remember the first time I came across an Atari 2800 at a friend’s place, and discovered that you could make a spaceship move on the television simply by moving around a joystick.

It completely blew me away.

Not long after that, I vaguely remember pulling out a first generation NES from its packaging and hooking it up to the old family television in our disctinctively 1980s living room. The system came with Mario and Duck Hunt, and for a time I thought that there was nothing better out there.

Then I discovered a little gem of a game called Wolfenstein 3D on pc. 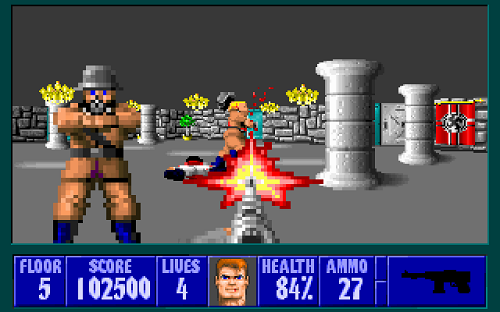 Wolfenstein, for those of you who don’t know, basically invented the FPS genre as we know it. It introduced the world to the concept of running around a series of hallways with a machine gun and blowing Nazis away. It was bliss, and I was hooked. 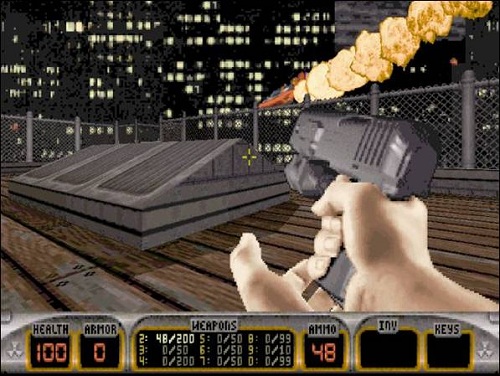 Not to exaggerate, but Duke 3D changed my life. Shooters were good up until that point, but that game was quite possibly the first great shooter that I ever played. Building up the top notch level design offered by Doom, Duke Nukem added in tons of new mechanics such as jumping, swimming and crouching. It also had a great sense of humour, tons of secrets to discover and was ridiculously violent.

It was also one of the first shooters that had accessible multiplayer. All you needed was two people with two pcs and two copies of the game and you were off to the races. Unlike today where I find myself looking for more crowded servers on Xbox Live when a game lobby has only 6 people in it, back then two people could shoot each other for hours and never tire.

I guess it was the same thing when Counter-Strike rolled out a few years later. I lived in a small town that didn’t have high speed internet, so gaming online wasn’t really an option.

Instead, the four of us would pack up our PCs, get together and play 2 vs 2 until the early hours of the morning. We did this several times a week, it’s not like any of us were really trying all that hard in College (unfortunately) and in a small town there really wasn’t much else to do. 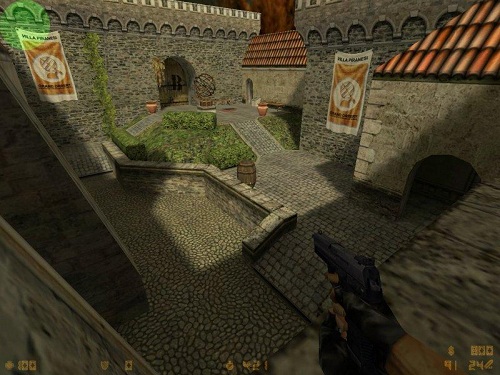 Things changed once we finally got a taste of high speed internet, and could hop online and pit our skills against the rest of the world. Let me tell you; you might think you’re good at a game, but once you go online you will always find someone better than you.

I suppose I kind of lost track of time for a while there. Instead of moving on to newer games, I hung out with the oldies for some time. Playing Counter-Strike online was like a completely different world, and it ate up more free time of mine over the years than I would like to admit. Eventually I just got bored with, bought a PS2 and then an Xbox 360 when it came out.

The Xbox 360 is a system designed for gamers, and notably for gamers who want to play first person shooters. With sharp, responsive controls, old pc gamers like me can finally enjoy playing shooters with joysticks. I even prefer using a controller over a mouse these days. 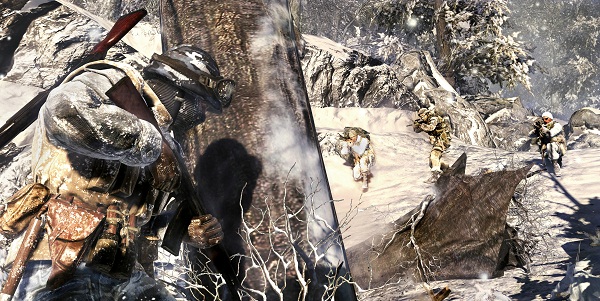 Yet, despite all the graphical improvements, real world realism and joining up with millions of other players, it makes me wonder if any of the current generation shooters will be able to hook me the way the classics did, because it sure hasn’t happened yet.

Though, it’s not that I have something against first person shooters these days; quite the contrary actually. There have been more than a few innovations that pushed the genre forward in ways no one could have imagined 10 years ago.

For instance, shooters remind me why I even own a headset for my Xbox 360. Sure, there’s a lot of trash talking going on these days, which is a bit of a downer since it reminds us older folks how many 12 year olds bought Call of Duty: Black Ops, but that’s all fogiven the moment you hook up with a decent team of serious gamers. Working together with a well organized team, where everybody has a role to play, and does it well, is pure gaming goodness.

Hooking up with other players, and always having people to duke it out with in death match games is not exactly something we could do with our N64s or our old Pentium 4 desktops back then. We don’t even have to plan a LAN party or a gaming night: we just boot up the console and we’re already connected.

But something feels kinda lost in all this. Maybe there really was something to be said about getting four or five people together, meeting up on Saturday night and gaming in the basement huddled around an old router until our eyes bled. Then again, maybe it’s just nostalgia talking and this is the first step towards becoming a crusty old man who sits on his porch and yells at kids to get off his lawn.

For other nostalgia trips, be sure to read  Will the Ever Clasic FPS Ever Grow Old.