Fans were given a first look at the long awaited third entry into the popular Deus Ex RPG franchise at E3. 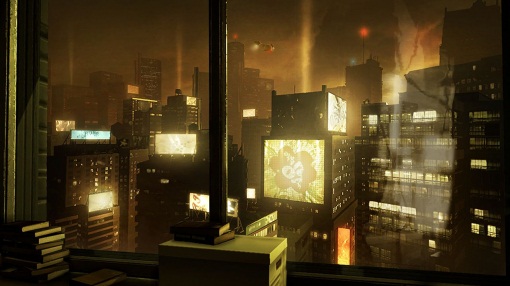 Deus Ex: Human Revolution will be acting as a series reboot and a prequel or sorts to the previous two entries into the franchise. At E3, Square Enix previewed the game with a short demo from one mission that would take place midway through the game.

Players found themselves in a business district just outside of Shanghai with the goal of infiltrated the corporate headquarters of a cybernetics company. Players begin at the ground level and have to find their way to the top floors in order to retrieve sensitive information that would further reveal the conspiracy that makes up the story’s backdrop.

The presenters stressed the fact that while the mission emphasized stealth, there would be numerous ways for players to accomplish their objective. In the demo, the protagonist was seen bribing security guards for access, and in other cases silently dispatching them with melee attacks.

As well, other problems could be solved by hacking, such as computer terminals to disable security devices or to unlock doors. Barring that, players could try to sneak around and take back routes, or kill guards for their security cards.

Returning to the franchise is the ability to upgrade one’s implants on the fly. In the demo, the player attempted to snipe several guards from a catwalk, but realizing it was a tricky shot, paused to upgrade his eye augments and stabilization. 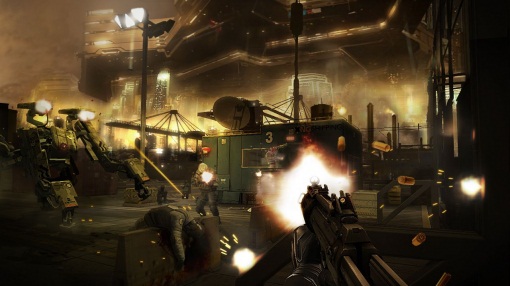 The original Deus Ex all but invented the first person shooter RPG blend that so many titles of today are indebted to, such as Bioware’s Mass Effect for one. This title looks as though it is set to continue the strong RPG trends set down by its predecessors.

Deus Ex: Human Revolution will hit the stores in August.

In other RPG news, the Witcher 2: Assassin of Kings is also coming to Xbox 360 this Summer and so is a brand new title called Crimson Alliance over XBLA.