Time is exactly what you need to play the Elder Scrolls IV: Oblivion. It is a totally epic game with a huge number of levels and missions. But every time you play it is completely worth it as throughout the game thereis no repetition. Each and every part of the game is completely different from the other.

The game has got a great storyline. As you proceed through the game you get new weapons, armor and spells to kill bad guys. There are four guilds, namely Mages, Fighters, Thieves, Dark Brotherhood. The story is set in the huge province Cyrodil of Tamriel. 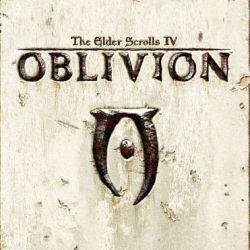 There are also many side missions which practically make this game a great one as they bring lots of interesting stuff. So please do them instead of sticking only to the main story missions. Now unlike the previous Elder Scrolls, the Morrowind, this one starts with main storyline right from the beginning. That was a big minus point for the previous game as you had to play more than a day just to get to the main story. You will have a log for the quest missions and there is also a great map. The makers really did a good job with that arrow and pointer making the locations much easier to find. Also there is the feature of fast travel which saves you the time to actually go places running but however the clock in the game keeps on running. With this game being very user-friendly, IÃ¢â‚¬â„¢m starting to like the Elder Scrolls.

It also has excellent graphics with beautiful buildings and sceneries. ItÃ¢â‚¬â„¢s available at a price of $19.99 in both PC and Xbox versions and itÃ¢â‚¬â„¢s a game worth checking out.

You can even checkout Star Wars: The Force UnleashedÃ‚Â 2 and Deus Ex: Human Revolution.