The Dungeon Siege 3 demo has been out and available for Xbox 360 since Tuesday, and we’ve had our hands on it ever since. After having played through the demo twice, once solo and once with a friend over local coop, and accumulated more than a few first impressions of Obsidian’s dungeon crawler. 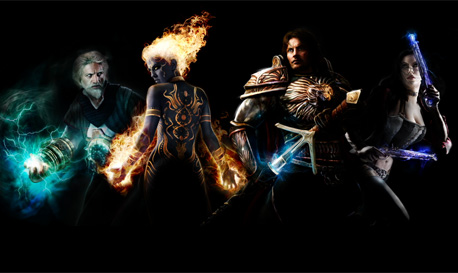 The demo offers players the choice of two out of the four characters: Lucas, the Guardian and Anjali, the Archon. Both characters have a wide range of abilities that they can learn over time and equipment to carry. As well, they each have two separate fighting stances that they can enter into in order to have access to different abilities and equipment.

Lucas at first feels like a typical grunt or warrior character that is a staple to the action RPG genre, able to wield big swords, wear heavy armor and generally soak up and deal a lot of damage. His first fighting stance is more defensive, being that of a sword and shield, while his second is more aggressive, allowing him to wield a two-handed sword that sweeps at enemies all around him. 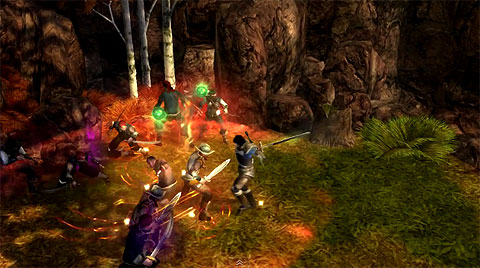 What is nice is that there is a surprising amount of depth to the character, as there is more to him than aimless slashing. His default attack combos are series of 3 hits, which each have different arcs of his swings and cause him to move around while he attacks. A player can effectively maneuver his way through a group of enemies hitting different targets with his attacks. Conversely, a careless player will likely find himself being flanked by his enemies if he fails to pay attention to his own movements.

Anjali is something entirely different. Not only are her abilities and equipment different from that of Lucas, but her character also handles differently. She attacks slower, with different arcs in her swings, and cannot take as much damage as the Guardian, causing her to be a more thoughtful character. 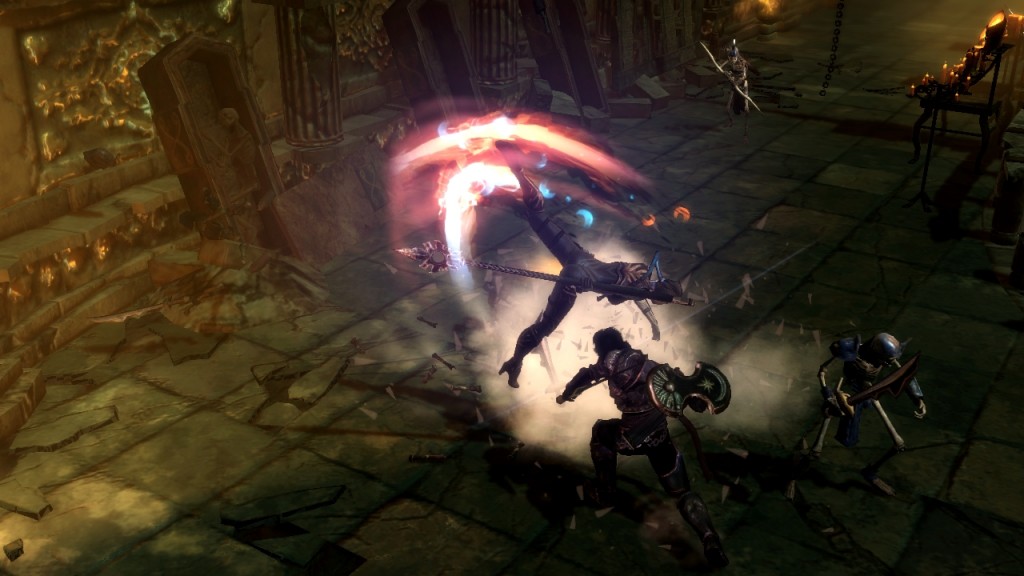 Her first stance is more melee combat oriented, allowing her to wield her staff and using a variety of combat kicks to push back enemies. Her second stance is far more interesting, as she transforms into her Archon form and has access to magic. Her default attack becomes ranged fireballs, which are useful for fending off enemies from a distance before transforming back into a human to finish them off with her staff.

Playing solo with Lucas felt much more natural than with Anjali, as the Guardian could easily and merrily fight off hordes of enemies attacking him from all angles, whereas with the Archon it felt as if she was being slightly overwhelmed at times. Cooperatively, there were few challenges regardless of the characters selected, as, by our experience, players practically had to compete with one another just to get a piece of the action. With this in mind, veterans of the dungeon crawl and action RPG genre might want to begin the game on the more difficult setting in order to experience any form of challenge.

The story begins with players as the final remnants of a once powerful stabilizing force known as the 10th Legion. The 10th Legion stood as advisers to the kings of Ehb for generations, until after the death of the last king, a civil war broke out which resulted in the Legion being destroyed and a usurper named Jayne Kassynder rising to the throne. The game opens with players receiving a letter from an old friend, telling them he wishes to rebuild the legion by gathering their remnant and descendents. However, when the player arrives at the meeting place, the enemy arrived there first and slaughtered everyone. Players have to then battle their way through the estate, searching for survivors and trying to piece together who attacked them and why. 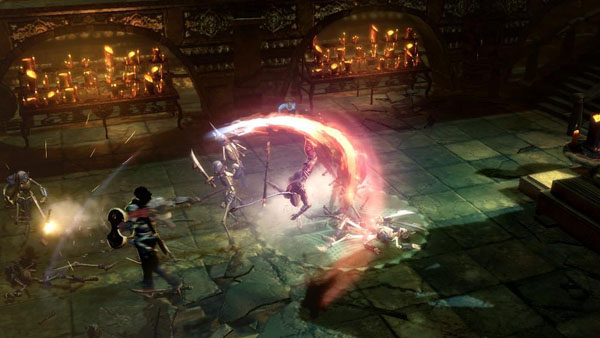 Overall the game’s production and presentation values are very high. There are countless details that suggest the team that designed the game put loving care into their product. Map areas are filled with dynamic effects, from fires burning in a destroyed mansion to the sounds of animals in the woods. The music is also quite suitable, shifted from tranquil orchestration when walking between locations, to more exciting tracks when the fighting beings. As well, every single menu in the game, from the opening screen to character sheets, looks absolutely gorgeous and is well laid out and informative.

On the lesser side of things, the voice acting felt a little off at times. Not that the actors were necessarily ineffective, but rather that at times it felt like characters were having separate conversations when they should have been conversing with one another. As well, the writing for the opening introduction could have used some work, as there are only so many times a player wants to hear the name Jayne Kassynder repeated over and over. 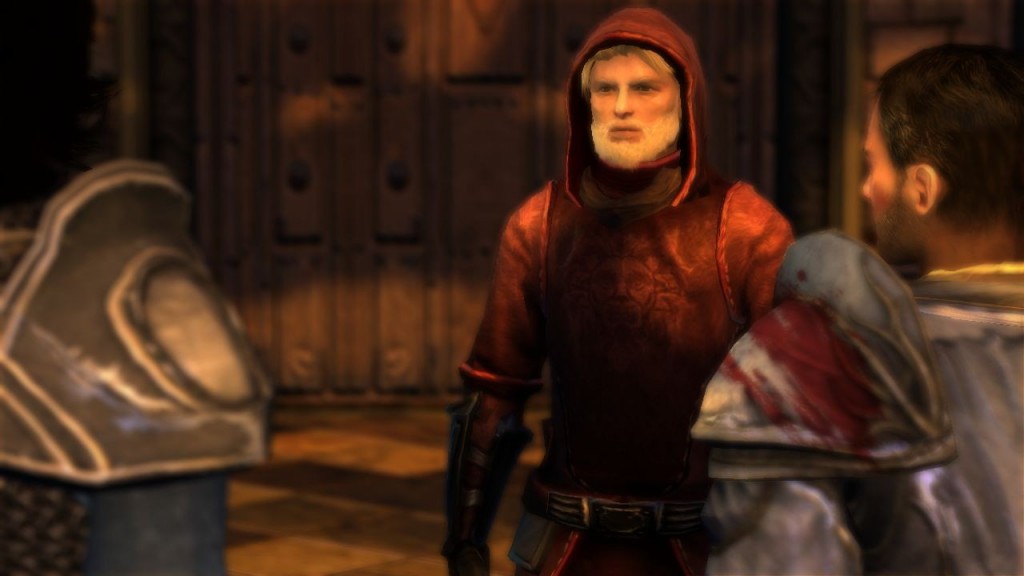 The one issue with gameplay, which was hardly a problem with the demo but could be for the finished product, was the overall linearity of the maps. Each area could basically be described as a series of hallways with gorgeous backdrops. The player is constantly walking forward, and sometimes takes a corner to find a hidden chest, then resumes walking forward. Action and ambushes only ever seem to be come from one direction as well. Even the town that the player reaches in the latter half of the demo feels like a long hallway, as instead of being able to freely roam an open area, it is built more like an expressway interupted only by two angles.

If the entire game plays out in a similar fashion, it will become a problem, as the developer is obviously trying to convey something grand in terms of story and scope, but it feels limited by the lack of ever being able to go and explore, or have to head in another direction.

One last gripe is the fact that during cooperative play, only one character is able to speak, while the others have to sit and vote in the hopes that the first player will make a choice that is appropriate for the party. For the player in charge of the discussion it is fine, but for the others it can be a nuisance.

All in all, the Dungeon Siege 3 demo was a blast to play. Provided that the final release allows for some exploration and choice, the full version should be something worth waiting for. Dungeon Siege 3 will be released on June 19th 2011.