Exorbitantly Priced Dual Joystick Makes a Comeback to the Xbox 360

Virtual ON: Oratorio Tangram has been in the news lately because of the lack of special Xbox 360 joysticks that made the game play more enjoyable. Though officially it was announced that special joysticks would be considered for development, some players have already created awesome joysticks and controls on their own. Sometime ago, Hori, the Japanese company had unveiled a rather dismal $323 joystick for Virtual ON: Oratorio Tangram but the layout was wrong and also it was priced too high. 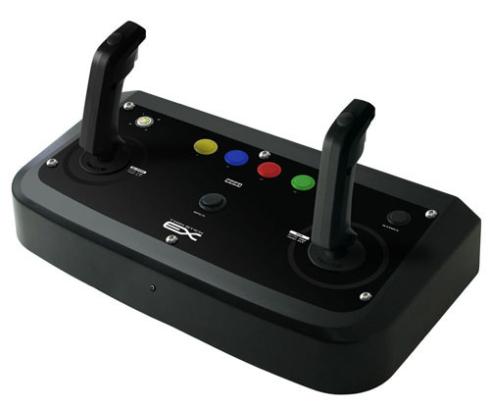 However, the company has now redesigned the dual joystick and christened it TwinStick EX. TwinStick EX looks more usable and functional but the price remains exorbitant. You can pre order it now and you can get closest to the pure arcade experience, but at a high cost. If you have the dough to spend, and if you are really crazy about this game and also pure arcade experiences, you could go ahead and get yourself this rather neat joystick.

While you are at it, you might want to take a look at other arcade controllers we have written about earlier. The Custom Designed Wooden Xbox Stick is not only eco-friendly but also totally hip. There is also the Xbox 360 Joystick Controller Design which would make you drool over its sleek lines and cuts.