A new Xbox 360 controller by Code Junkie called the Turbo Fire Evo harkins back to the good old days of the Sega Dreamcast with a built in screen. 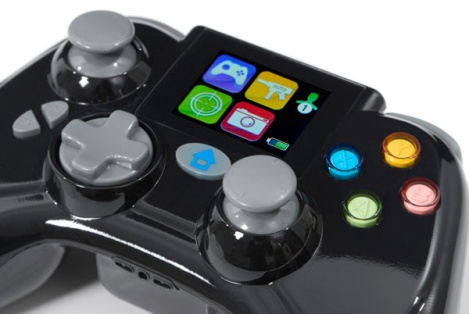 It’s not secret that the Xbox 360 is pretty much the spiritual successor to the highly underrated Sega Dreamcast of old, and this controller looks like it can help us relieve some of our favourite moments with that system.

The glossy black and grey controller comes equipped with a 1.7 inch touchscreen display right in the center where the power button normally is. According to sources, through the screen players will be able to quickly switch between multiple different control modes, remap buttons or initiate turbo mode on any of the buttons.

One of the handy things about this is that players who enjoy fighting games will be able to map combos to single buttons. It might take away some of the skill, but if you’re just playing on your own there’s no real harm to dishing it out like the pros.

As well, players can quickly adjust overall analog and trigger button sensitivity, which can be pretty useful for first person shooter players who might need to switch between accurate steady sniper rifle movements and twitch skills.

For people who really like to tweak their settings, to make it just right, they can also link their Evo controllers to more options online via a USB port. They can then choose from presets or alternative configurations that might better suit their style of play.

The controller is wireless, and has dual rumble support, and can even use the standard rechargeable batteries for Xbox 360 and any supported headset.

By the time you are reading this, the controllers should be on the shelves, and should cost roughly $54.99, being pretty much on par with a standard controller’s pricing.

For other cool accessories, check out the new Mad Catz headsets and also be sure to check out the Collector’s edition for Metal Gear Solid.