Dead Space is one amazing game that can scare the pants off of anyone. While nothing has been officially announced, has a news station out of Israel accidentally stumbled upon an accidental revealer?

Of course, none of this is 100% confirmed, but Israeli news station “The Headlines” has recently conducted a tour at EA’s Redwood Shore office, and it appears that they may be displaying some Dead Space 3 artwork in their California based office! Of course, this is not entirely a surprise that this game is being made, though it is exciting to see news on the matter. Logo previews are always exciting to see, and there even appears to be an art-wall with concept drawings and the like. Check out the picture below! 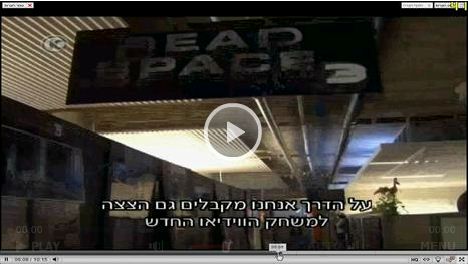 What do you guys think? Is this a possible “Oops” by EA, or is it all just a big spoof? Of course it could be a fake, and EA’s comment on the matter is that, “We [EA] don’t have any news about the Dead Space franchise at this time.” Maybe they’re telling the truth, maybe not. Nonetheless, I’m sure Dead Space 3 will make an appearance in the future!