We all know how awesome the Xbox 360 is and so far we have seen a lot of Xbox mods to the console and also to its precious controllers. These controllers are really special as they are designed by one of our fans who goes by the name of Aujhana and we really appreciate his hard work and his passion for this amazing console. 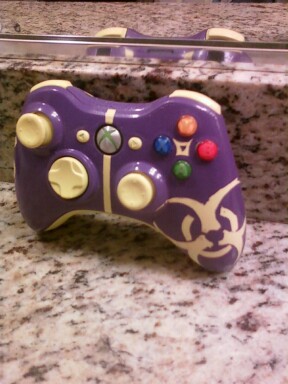 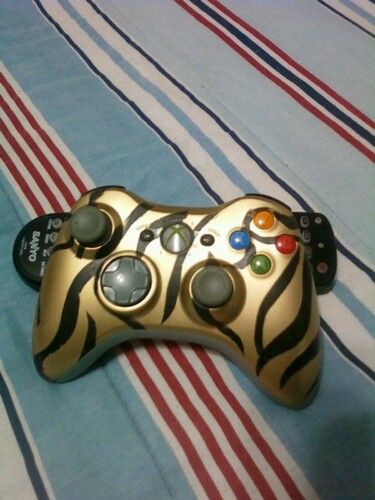 As you can see all of these controllers look really awesome and unique and if Aujhana ever were to sell one of these controllers, I would be one of the guys buying them. The purple one is really minimal and the little symbol in white on the bottom left corner makes it a perfectly designed Xbox 360 contoller. 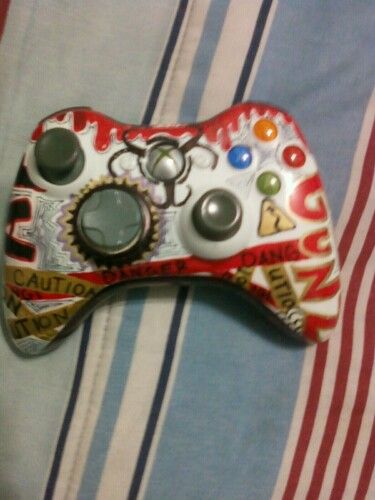 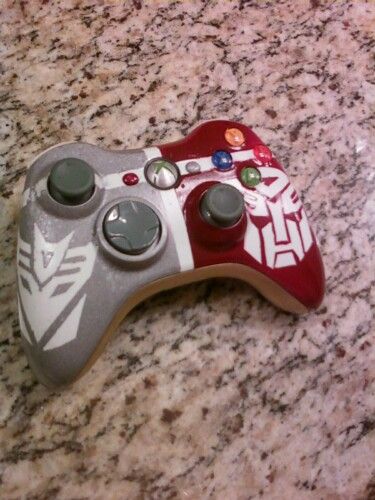 The next one is painted gold and along with the black tiger stripes this looks like a rich and classy controller for your Xbox 360. Moving on we have this controller with some hardcore paintjob which gives it a gory look and finally we have this great transformer controller with Autobots and Decepticons logos, personally this is the controller which I like the most. If you are interested in more Xbox 360 controllers you could check out these Designer Xbox 360 Controllers or probably a Skull Shaped Controller Cradle might be the thing your looking for.