Well the most talked about features for the game, amongst gamers, is the new online modes and features the game has. It’s nothing like you’ve ever seen before, I can assure you that. I’ve probably made you want to find out more huh? Well ok I’ll tell you, just online features for now, the solo game features, missions, will come later.

The game will be rated 18+ so you either pre-order it, or your going to have to go in with your parents to buy it, if your young that is. I don’t expect a fully grown, 56 year old man to go in with his 80 year old mother, or mother in law, to buy the game.

The solo missions are also expected to be huge. Every Call of Duty game has had an amazing story, I mean Modern Warfare 2 was amazing so this one is bound to be even better, but we’ll just have to wait and see. If you do want to be spoil the surprise, then just go to YouTube and search for the ‘Official Black Ops Solo Trailer’ or something along those lines and you’ll have the video straight away. If you do watch it, leave a comment below telling us what you liked the best.

Now I have just one more thing I want to tell you. There is going to be a new weapon called the CrossBow. The reason I’m telling you this is because it’s just an amazing weapon. It’s a cross between a super silent sniper riffle with extreme accuracy and the best scope ever. It’s not just that, there is one small modification, it fires arrows, henceforth the name CrossBow. It’s rumored to be the best gun in the game.

So there you have it, the multiplayer features and modes for the most anticipated game of the year, Call of Duty Black Ops. 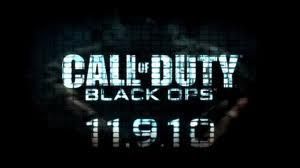