Rumours suggest that Microsoft might be prepping the Xbox 360 for an external Blu-Ray drive add-on. 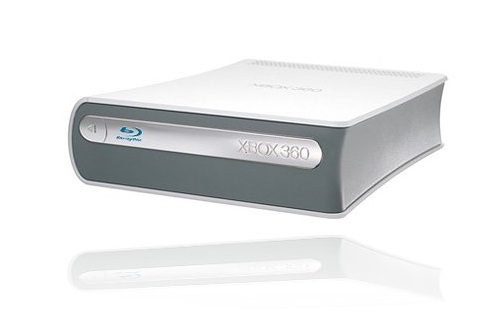 According to sources, the scoop came from Italy’s Xbox 360 Magazine, though at this point we can’t be sure if it’s just a rumour, an idea or something that will eventually become a reality.

If Microsoft does go for the Blu-Ray add-on, it will be used solely for movie playback, and not for game discs. On the one hand it’s nice that us Xbox owners will have another way of watching high definition movies on our console, but it’s too bad the high storage discs won’t be used for gaming. Playstation 3 can fit a lot more game on a single disc.

It begs the question, why and why this late? Back during the infancy of the Xbox 360, Microsoft snubbed both Sony’s Blu-Ray and Toshiba’s HD-DVD by sticking with a standard DVD player for their console. While there were HD-DVD add-ons available for the console, they ultimately failed along witht the decline of the format.

It seems like it might have made more sense for Microsoft to opt for picking up the slack and adding Blu-Ray support three years ago. Then again, I suppose we should take this add-on as Microsoft’s way of saying “better late than never”.

In other news, be sure to check out Gears of War 3 Xbox Live Subscription and Soulcalibur Combat System Details Revealed.