Majesco Entertainment has announced another addition to the long running BloodRayne franchise, this time with a 2D side scrolling action-adventure game.

According to sources, Betrayal will be a quite the departure from previous games in the series. Apart from the fact that it is no longer a third person shooter, the art style of the game has noticeably changed. More colourful than previous entries, and with characters that look like they could have been hand drawn for an anime, one can’t help but wonder if the serious nature of the series has been toned down a little.

It certainly seems like that might be the case. We can catch glimpses of Rayne in some screen shots, sitting down and drinking what appears to be “tea’, in others she seems to be stomping the humorously horrified faces of her enemies. 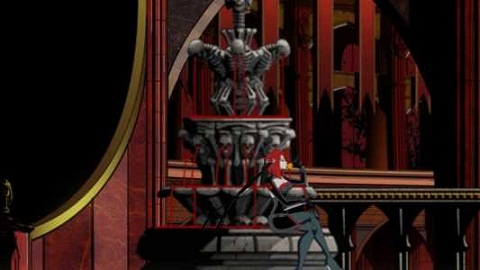 Perhaps as a move to appease our attention span deficient generation, the combat will be incredibly fast paced. On the official website, there is a short movie showcasing some scenes from the game, and it goes by at a dizzying rate. Blood gushes in joyful amounts and body parts fly all over the screen at insane speeds. It looks like one of those games you can play with friends in the room, who will want to hang around just to see how ridiculous it gets. 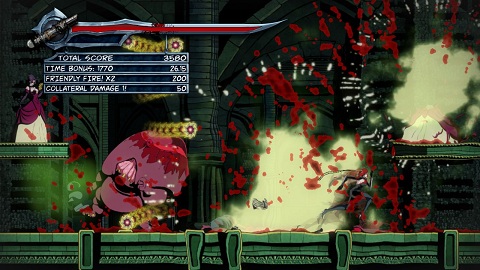 When things seem to be cooling down, it looks like players will be in for some Castlevania style platforming and exploration. It would be nice to see if the game makes good use of some minor RPG elements and turns into something really addictive.

BloodRayne: Betrayal will be hitting Xbox Live Arcade August 30th, and it doesn’t look like you necessarily have to be familiar with the series to appreciate what’s going on. Here’s hoping that it doesn’t turn out the way those Uwe Boll movies did.

In other news, be sure to check out some of the latest Screenshots for Final Fantasy 13-2 and as well as Do Gamers Seek Genres Other than FPS Titles?