Blizzard’s lead designer for Diablo III stated, rather bluntly, that the company is more than toying with the idea of bringing the title to consoles. 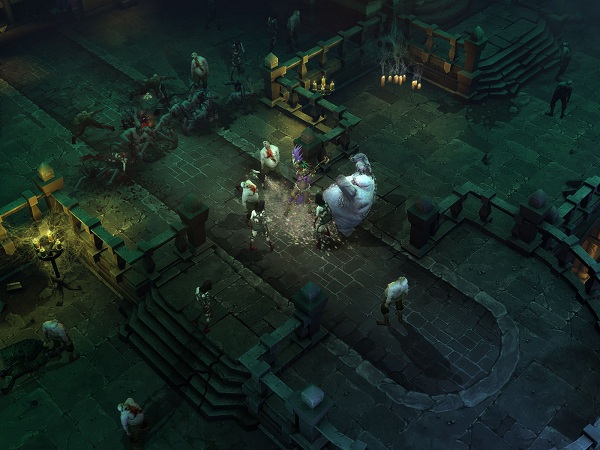 Josh Mosqueira made the announcement recently at Gamescon that Blizzard is “very, very serious about bringing the Diablo III experience to the console”. The company is apparently in the stages of hiring programmers, designers and artists to make it a reality.

The game has possibily been in development since shortly after the second entry, and gameplay footage has been around since 2009. Periodic news is released regarding the title and it’s features, but little is known as to why the game is taking forever to be released, even as a beta.

Now that we know Blizzard is planning on expanding their madly popular action-rpg series to consoles, that could explain some of the massive delays the title has been seeing for its “when it’s done” PC release. Other games that were originally due to be released over PC but made the jump to consoles saw massive delays (and some of them are still seeing those delays).

Regardless, when the game is released it’s going to sell faster than hotcakes, like every other Blizzard product.

What do you think? Are you amped about the possibility of killing demons and leveling up on your Xbox 360, or should this bad boy be left for the PC crowds?

In other hack and slash news, Torchlight 2 might not make it to Xbox 360. Also, be sure to chek out New Screens for Mass Effect 3.