Will the Ever Classic FPS Ever Grow Old?

Here at Xbox Freedom, we have a love for FPS titles, whether or not we express it a lot or not. What makes us (sometimes major critics) love these titles so much?

This fall, there are quite a bit of FPS titles coming out, and even some new ones debuting; Rage, Battlefield 3, Call of Duty: Modern Warfare 3, and the re-release of Halo just to name a few of the big ones. What makes these titles so popular? Well for starters, we here at Xbox Freedom love to be able to get together with out friends and just have a good time. Some of us like trash-talking, and some of us here prefer to get together with a party of friends, or equally serious players, and have a genuinely good time.

While games like Call of Duty really seem to pair you up with teammates that end up being a grab bag of desires and skill levels, games like Battlefield really do a nice job of putting players into a situation where they feel the need to do teamwork, and with how BF3 is looking from the Alpha footage so far, the amount of teamwork going on seems to only be increasing! Hopefully MW3 can find a way to get players to cooperate more (rather than just having tweens and children tell me about what festivities my mother partook in last night), but if not, it will certainly have a special place in our hearts as something we still enjoy. Both of these games are unique, and with Rage debuting this year, maybe it can bring something even more unique to the table! 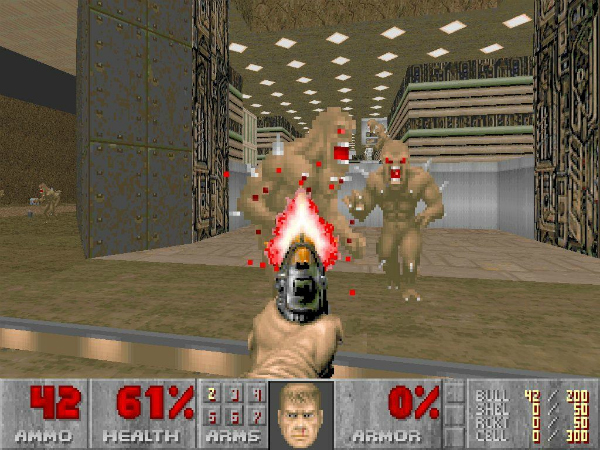 What else is there to like? Well my favorite feature for CoD games is the ability to change roles, and therefore change the distance you combat from. Shotguns are a blast (pun intended), Swords are always a blast, and sometimes that unrealistic feel to combat is just fun, period. Don’t get us wrong, we here at Xbox Freedom love our realism, but also have a special place in our hearts for the unrealistic too. I mean, do you think we could have as much love for RPG titles (usually a large amount of fantasy in those titles) if we didn’t? With a wide array of ages here, we have a wide array of likes and dislikes. Deep and immersive stories are always a plus, but who doesn’t like some mindless killing in an online game every once in a while?

So when will the FPS lose it’s reign on the market and it’s people? What do you think could be next as the top genre, or will it not ever change? Let us know in the comment section below! Hopefully we will see some innovation and real breakthroughs this fall, but I know we’ll be able to rely on our favorites as well. Regardless, I hope you’ll join me in some n00b pwning sometime soon, as I have an urge to refresh my Call of Duty: Modern Warfare 2 skills in anticipation for MW3, so send a friend request to Killer Penguinz (don’t forget the space!) and we can have a good time! If not, maybe check out Counter-Strike: Global Offensive coming to Xbox 360 and The (Lost?) Art of a Horror Video Game!