Whoa, what?! A new Bioware studio that’s developing a strategy game? Apparently that’s the case, and we’ve got the teaser to prove it. 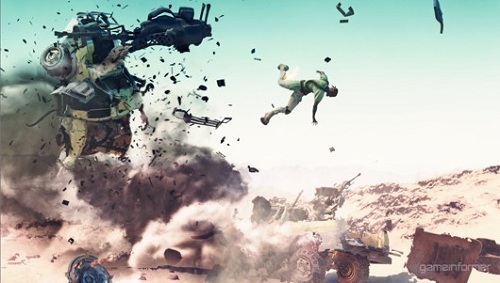 According to our source, back in July, EA decided to do a little bit of housekeeping with Bioware, upgrading the company from a simple development studio to a full on “brand”. The Bioware label is now being given to a new studio, an offshoot from the one we know and love, made up from some crew from EA Los Angeles.

The new studio is called Victory games and that studio is being given a strategy game as it’s first project.

Check out the video below, you might be able to catch a few split seconds worth of a slightly futuristic looking strategy game.

The teaser promises a “new direction”, which I’m not quite sure that’s what anyone wants to hear with regarding Bioware, the company that’s basically the king of Western-style RPGS. However, pretty much everything they put their hands on to becomes gold, so more likely than not this new project will be something worth writing home for.

What do we actually know about the new game? Well, rumours flying all over the internet are speculating that it could be anything from a new Command & Conquer game. Since Westwood studios bit the bullet, the one great franchise has pretty much been left to rot. A new approach in the hands of some of the best developers around could really turn it that franchise back into a gem.

The title could also be Mercs Inc., a title that was being developed by EA Los Angeles but has recently fallen off the radar. Rumour has it that it was put on hold in order to transition over to DICE’s new Frostbite 2 engine, the one they use in Battlefield 3. If that’s the case, we can expect this to be one very good looking strategy game.

For more news, be sure to check out the Spike Video Game Awards 2011 on December 10th, when the game is finally revealed.

Be sure to also check out Batman Arkham City Big Heat Cheat and Xbox Live has 43, 000 new subscribers every day.