Flight has always been a subject of human fancy. One reason could be that our flesh and bone structure do not allow us to fly. There is something elemental about taking to the blue skies: It represents a sense of freedom and achievement.

We have always associated flight with superior human ability. Superman flew; fighter pilots dazzle us and protect our skies. Tom Cruise cemented his superstar status with Top Gun; a film in which he played, no prizes for guessing, a fighter pilot. 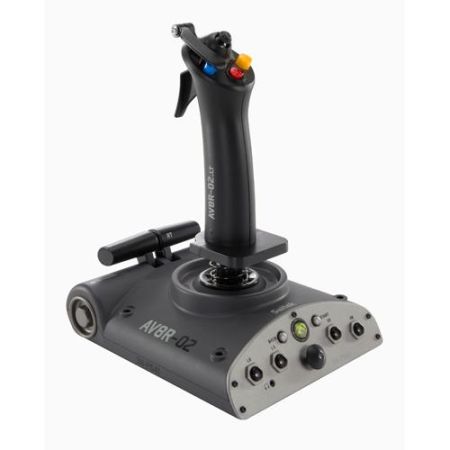 The closest some of us have come to ‘flying’ is when we play flight games on our consoles or computers.   Playing flight games with traditional joysticks or keyboards does not quite cut it somehow. It lacks the unique touch and feel of a true aircraft throttle.

GameShark Store has a spanking new joystick, designed specifically for flight games, which will make you feel like a true pilot. The Saitek Aviator Flight Stick puts you firmly in command of your cockpit.

The Saitek Aviator Flight Stick can be is compatible with Xbox 360 and PC. The flight stick has three buttons (X, Y, and B) on the top of the stick with the trigger on the back of the stick acting as the A button. The base of the stick contains the usual start, back, and Xbox Guide buttons.

Normal joysticks consist of a single, cylindrical piece attached to a base. The flight stick from Saitek has an additional throttle lever that you can use to take off and to increase the acceleration of your jet.

In virtual dogfights, you would have to continuously tap the joystick button to fire weapons from your jet. In the Saitek Aviator there is a lever at the front of the joystick that will fire weapons if you just press and hold the lever. Just like in a real life fighter plane.

Another feature that makes the Saitek flight stick a better flight stick than the rest is its fighter jet inspired design. The base of the Saitek Aviator is colored in a military grey. The joystick and throttle are black in color with all the buttons (except the X, Y, and B) again in black. A spring is attached to the base of the joystick that will allow the user to outmaneuver opponents. The missile-firing button on the top is covered by flip switch.

The Saitek Aviator is a high end joystick designed by people passionate about bringing the true flight experience to your gaming console.   You too can enjoy playing flight games by buying this stick at $49.99

Are you keen to know more about such stuff, then make sure you take a look at Dual Joystick Xbox 360 and Street Fighter Arcade Stick.