A new action horror adventure title called Rise of Nightmares was recently announced and will be making its way to the Kinect. With brutal combat and tons of on screen violence and horror, it looks like the Kinect is finally catering content to people sick of cute and cuddly animal games. 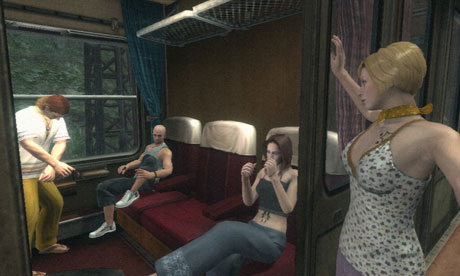 The game is set in a creepy mansion, as is the standard for video game horror stories, located somewhere in Europe. The protagonist and his wife were taking a train ride across the continent when suddenly they were both kidnapped by a mysterious strange and brought to his house of horrors to be experimented on. The player manages to escape from his cell and has to find his wife before she becomes the mad scientist’s next victim.

Rise of Nightmares is allows players to move in a free environment, rather than the usual on rails type of gameplay that most Kinect titles feature. Players can move around by either place their leg forward, or holding their arm out in front of them. Turning is done by shifting one’s shoulders.

While the controls do not seem as intuitive and tight as what a controller would offer, the game offers plenty of large wide rooms for the player to navigate around and get used to things.

Players can also interact with the environment by moving their hands and picking up objects of interest. As well, the game will feature plenty of melee combat. To enter into a fight, simply put up your dukes and either punch or, if a melee weapon is equiped, make swinging motions. 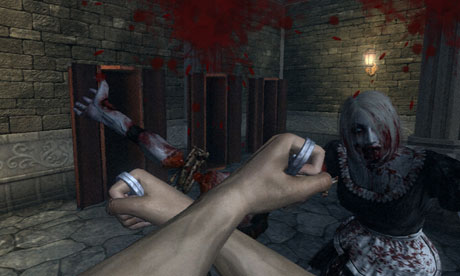 Though it is difficult at this point to judge whether the game will manage to pull it off on the Kinect, it is nevertheless a bold move for publisher Sega. With any luck, the game won’t disappoint, and will open up the door for more mature rated titles for the Kinect.

Rise of Nightmares will be released this coming September.

For more Xbox 360 and Kinect news be sure to read 6 Announcements that should make every Xbox Fan wet their pants.