A Game of Thrones Action-RPG Heading to Xbox Spring 2012

It’s been confirmed that the acclaimed fantasy series will be transitioning to consoles in the form of an action-RPG and it’ll be out in spring 2012. 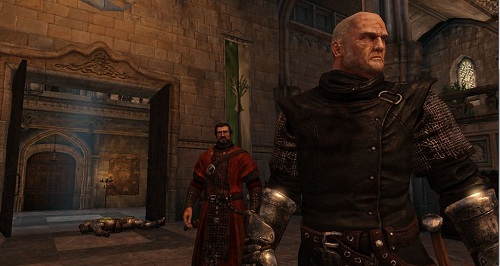 You heard it right folks; that fantasy novel series that was impossible to put down, which then became a television series that was equally addictive, is going to (hopefully) feed our addiction for everythings George R. R. Martin next spring when A Game of Thrones hits Xbox 360s.

Instead of rehashing or modifying the story of the novels to make it fit into a video game’s shell, a brand new story line was created specifically for the game, and was supervised by Martin himself.

Players will take on the role of two characters, both of whom acted as soldiers during Robert Barantheon’s Rebellion and ascension to the Iron Throne. Time-line wise, this game will be taking place roughly during the same era as the novels, though mostly acting behind the scenes or away from the main story lines of the novel. How much they will intertwine with the stories we know is yet to be decided.

According to our source, both characters have different motivations and personalities. Players will have to work around this to create and break alliances with other parties and characters in an effort to decide what role they will play in the ongoing power struggle in the Seven Kingdoms.

The game is expected to be a 30 hour long RPG, so that leaves some nice room for it to be epic. From some early screenshots it looks like players will be travelling to numerous familiar locations such as the great northern wall.

Gameplay will involve tactical combat that promises to offer a ‘thoughtful’ approach to war and politics. Other than that, we hope to hear more about it in the coming weeks.

In other news, Alan Wake will Return as an XBLA Game and also check out our First Look at A Game of Thrones Video Game in case you missed it.