5 of the Best Xbox One Bundles to Pre-Order Now

With so many retailers claiming to have ‘the best’ Xbox One bundle it can be hard to choose one, so we’ve put together a helpful list of 5 bundles to pre-order. 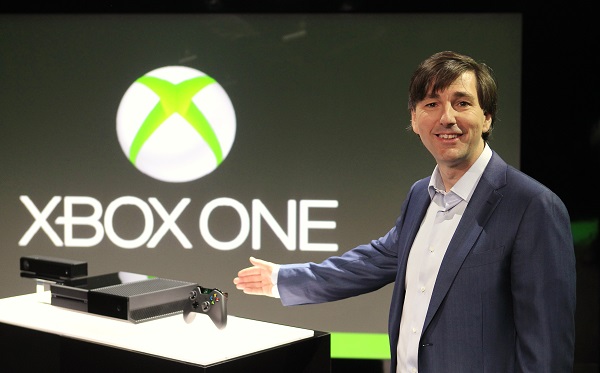 Announced all the way back in May, we know that the Xbox One is on its way, with Microsoft laying out their plans for the next-generation in the form of a giant black game box with neon green furnishings. Many interested in it might have been of the Microsoft persuasion for quite some time, having played the original Xbox and its follow up, the Xbox 360 too, but plenty of Xbox One hopefuls may have jumped ship from the Sony vessel, looking for a new company to power their gaming experience forward. But, no matter what type of gamer is looking to buy the Xbox One this month, one thing is the same and that’s that they all want to get value for money, which is why we’ve put together this handy list of 5 Xbox One bundles you’ll want to pre-order right this instance.

It’s practically a no-brainer that every new generation of console is better off launching with a premium racing title than without one, as it gives the hardware a chance to show of its fancy graphics capabilities, lucky for the Xbox One then, that Microsoft’s new gaming machine has two. The first of these is Forza Motorsport 5, an Xbox One exclusive satiating the needs of petrol-heads and motor enthusiasts across the globe. The series is famed for its cars’ beautiful displays of body work and Forza’s fast paced, arcade-like action has made it one of the ones to beat on Microsoft platforms, so even if you only buy one game with your Xbox One, this one could keep you occupied for a while. This bundle also comes with one controller to play it with, the Kinect 2.0 camera and is available from most good retailers for £479 (prices in your local currency may differ).

Looking for all of the speed and glory of taking pole position on a racetrack but not quite wanting to hop in a car to achieve it? FIFA 14 might just be for you then as EA Sports’ premier sim is back on next-gen platforms, powered by the EA Ignite engine set to make physics more realistic than ever and to make its football players look more lifelike when slicing the ball with finesse into the goal, or, y’know, hoofing it over the crossbar. With this Xbox One bundle, you’ll get FIFA 14, the aforementioned Forza Motorsport 5, the Kinect 2.0 camera for other games that utilise motion control and two Xbox One controllers, so you can play them in person with a friend. This bundle is available from many good retailers from £516.85 (prices in your local currency may differ).

All these sports might have tuckered you out, but, with this bundle, there’s still not much escaping from the virtual physical stuff, but the inclusion of Dead Rising 3 in this Xbox One bundle may at last give you a chance for a breather. Dead Rising 3 is an Xbox One exclusive from Capcom, and, as the title might suggest, will see players hacking and slashing their way through zombie hordes to make those undead a little more dead-er. Not only this, but in addition to FIFA 14 and Dead Rising 3, you’ll also get a 12 month subscription to Xbox Live, so you can take your gaming online, along with a £15 Xbox voucher, an extra Xbox One controller and the Kinect 2.0 camera, which is everything you’ll need for a good ol’ Xbox multiplayer time. This bundle is available for £504.50 from ShopTo (other retailers may be available, prices may differ in your local currency).

While most of these Xbox One bundles are normal fare, all complete with the Kinect 2.0, a controller or two and just the game or extra service (i.e Xbox Live subscription or Xbox vouches) being different, the Xbox One Day One edition isn’t just different, it’s special. As an added incentive to those who want to get their gaming mitts on the Xbox One on the day of launch, Microsoft have thrown in a bunch of extra goodies, calling it the ‘Xbox One Day One’ edition. With the Day One edition you get the following – premium black packaging, an extra limited edition Xbox One controller, bonus DLC for selected titles (Forza, Ryse, Kinect Sports, Rivals and Dead Rising 3) and an exclusive Day One achievement’, which, while it’s unclear what the latter entails, presumably that equals a boatload of points added to your gamerscore to say ‘thanks’. This bundle comes with the aforementioned extra controller, rounding your controller total for this bundle up to two, a copy of Forza Motorsport 5 and the Kinect 2.0 camera. You can get this Xbox One bundle from most good retailers for £516.85 (prices in your local currency may differ).

For those who’ve missed out on the Forza Motorsport fun, namely the Sony converts who are just now switching their allegiance to Microsoft ahead of the Xbox One, they may want to play a game they’re a little more used to. Need For Speed: Rivals is that game as it will it be launched on Xbox 360 and PS3 (with the chance of upgrading to the next-gen version for around £10), giving racing fans a chance to get to grips with the game before they make the next-gen jump. Need For Speed: Rivals comes complete with illegal street racer vs police force gameplay and you can leave your mark on the tarmac as part of either group, effectively providing you with double the fun. With this bundle, you’ll get FIFA 14 too, the Kinect 2.0 camera, along with an extra Xbox One controller, so again, this is great for those with plans for multiplayer. There’s also the availability of all of those extra Day One goodies that we previously mentioned. You can get this bundle at most good retailers for £519.85 (prices in your local currency may differ).

Seen a good Xbox One bundle that we might have missed? Leave a comment and tell us below.

Read more on xboxfreedom, Xbox One to Require 20 Minute Update at Launch Say Microsoft, 5 Reasons the Xbox One has the Edge Over the PS4