Just months into the Xbox One’s post-release life cycle and Microsoft’s console is plagued with faults, reportedly including one that leaks an oily substance. 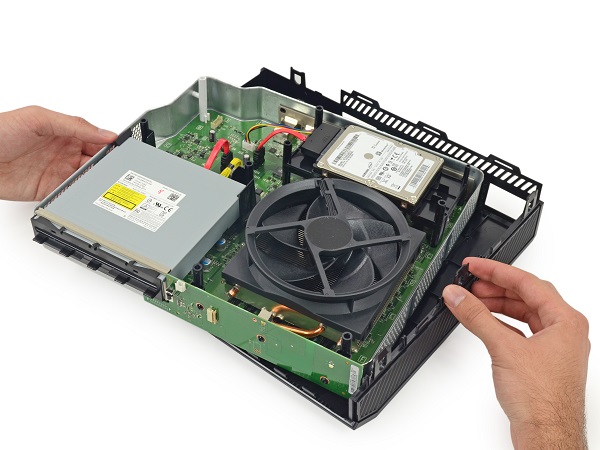 It hasn’t been all sunshine and neon green roses for Microsoft’s foray into the world of next generation gaming. No, instead, their entry in the market, the Xbox One, has actually suffered quite a few damaging swipes at the hands of their own PR department, the opinions of critics and developers and, even the hardware console itself. We first reported on the Xbox One disc drive controversy some months ago, as the console experienced what some called ‘teething issues’ with its hardware, seeing the Xbox One unable to read discs. While this was much shrugged off as a small incident, only affecting a few users, a new issue has cropped up as the Xbox One is now reportedly leaking an oily substance into its air vents.

Such is the problem of this mysterious oily substance that many users have gone to the Xbox Support Forum to complain. Detailing the problem, the ‘oily substance’, said to be a thick, white liquid, reportedly oozes out of the console causing users to have to clean it up. Obviously, as this is not something offered up  by Microsoft as a confirmed feature of the Xbox One, nor is it a desired one, the users affected are rightfully ticked off, with one user, CynicalAnarchy even explaining that they “didn’t just take a picture as soon as [they] saw the residue [instead, they] waited two weeks then [went] to the forums, to try and find out if [they were] the only one with the problem”, to confirm the issue, the user then “posted the pictures and contacted [sic] microsoft”, links to photos that you can find here and here.

Interestingly enough, CynicalAnrchy was banned from some forums where users decided that his claims were bogus, and that the images he posted were fake. What causes the problem, however, could be explained with several theories, one of these being that “the condensation from the heat was generated at the vents.” while a user of N4G, TIER1xWOLFPACK, suggested that “[The problem] could be a capacitor on the motherboard they can leak fluid. Thermal paste won’t do that as it’s to thick and is more likely to dry up than run across the motherboard etc.” If the claims do prove to be true, this will not help the Xbox One catch up in sales to its closest rival, the Sony PS4, so we’ll update on new developments in the story.

Read more on xboxfreedom, Xbox One Suffers From Disc Drive Problem, Reports Say, Xbox One Launch Day: What You Need to Know