In an interview with a YouTube user a product manager for Xbox has revealed that the Xbox One will automatically record achievements and could record reactions. 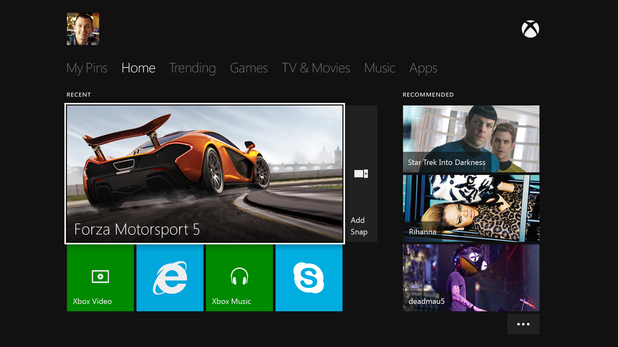 The PS4 and the Xbox One are constantly trying to ‘1UP’ each other. If not via announcements of exclusive additions to their respective launch line ups, be it sparring between CEOs on policies and even taking subtle digs at one another just about anytime a new announcement has to be made. But in reality, the two next generation consoles have very similar specs and it’s such a tight call that Microsoft are improving the technical aspects of the console this soon until release. One feature that both the PS4 and Xbox One utilise is the ability to record gameplay and, attempting to gain an extra point in the ‘services’ category, Microsoft have revealed how the Xbox One’s recording will work.

Speaking to YouTube user ChampChong at the EB games expo, in a video that you can see above, Xbox Australia product manager Adam Pollington, revealed the benefits of the Xbox One’s gameplay recording feature. In addition to the previously announced feature of the Xbox One recording the last five minutes of a gameplay session, Pollington has now revealed that should you unlock an achievement as you’re playing a game, the Xbox One will record that too, allowing you to edit and upload the footage to Xbox Live for the world to see. Pollington also explained that the Xbox One’s Kinect camera, which has been improved from the iteration used with the Xbox 360, can also be used to record a player’s reaction when they unlock said achievement if the developer decides to include the feature.

The ability to record a player’s reaction is just one of the improvements that Kinect 2.0 has on board as it will also be able to support six players on the Xbox One and not only this, but it will also require less space to work effectively. This could see Xbox One be incredibly successful and if the added features seem to provide enough benefits to consumers then Microsoft could very well trounce the PS4 when the two go head to head on the market in November.