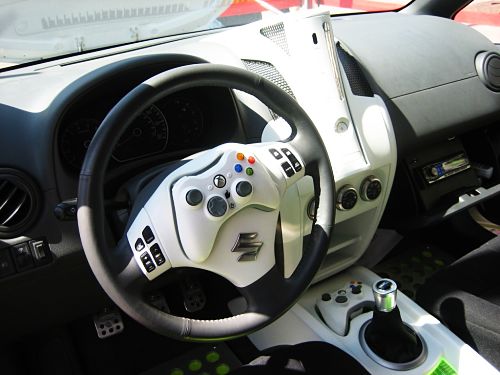 I love the Xbox 360 and think it is sexy as hell, but this car mod is absolutely spectacular. Someone has decided to mod a car to include an Xbox 360 console and the beautiful controller right in the steering wheel. Just awesome.

Without my continuing rumbling, this is truly a mod that receives extra bonus points. The Xbox Mod Domo Kun was cool and all, but this Xbox 360 Mod from DogFromSpace is from a whole different world.