EA made a mistake of releasing Titanfall 2 in between two other very popular first person shooter franchise releases. It hurt the sales, but for the Xbox One (or any other platform), Titanfall 2 is probably the best game of the three.

Titanfall 2 has been out since late October, but you can buy it for $47.84 instead of $59.99, a 20% discount. The reviews are through the roof, and it really is a wonderful FPS experience. But it was released in between ‘Battlefield 1’ (another EA title) and ‘Call of Duty: Infinite Warfare’, hurting its chances of making an immediate impact on the sales chart. 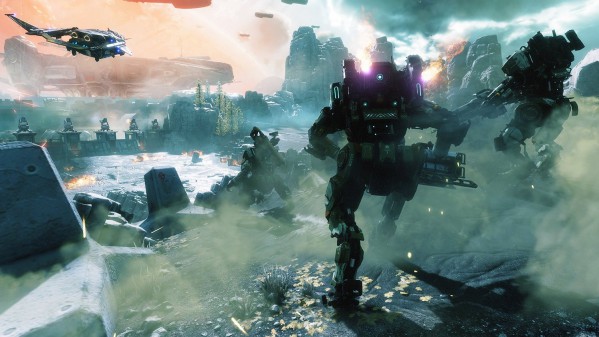 Not all games do well right off the bat. Some games slowly gain the trust of the gaming crowd, who can’t all spend $180 dollars in a couple of weeks to get three very good games who offers a slightly similar experience. Don’t get me wrong, Titanfall 2 is probably the best first person shooter I’ve played in the last two years, but even with a cross-platform release (which didn’t happen in the first game), it just didn’t have the ability to compete with two bigger brands releasing games at the same time.

And it’s a shame because a lot of people didn’t notice Titanfall 2 came out, or just now hearing about it. Battlefield 1 is an excellent game offering a different experience (World War I), Call of Duty has its massive, addicted following, but Titanfall 2 is probably the best a first person shooter can offer a player thanks to unmatched fluidity which provides combat experiences you can’t find anywhere else.

If you were planning on buying one game on a Black Friday deal, Titanfall 2 should be it. Not because of feeling bad for EA because they made a bad marketing choice, but because it’s simply a terrific game, that should be talked about a lot more during this time of year because it’s superior to its current competitors in everything that matters.