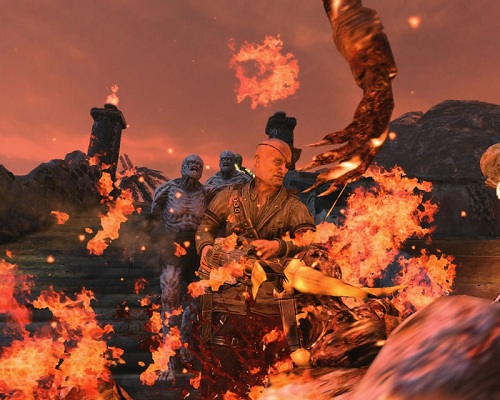 The Haunted is a third person action game that emphasizes it’s multiplayer component. Players will have to work together across several game modes to survive relentless waves of hellish fiends and other minions.

As you can see from the trailer, combat looks like it will be pure fast paced madness, with a nice assortment of ranged and close combat weapons. As well, there should be a decent amount of environmental interaction in the form of traps and other hazards that players can use to their advantage to fight back against the assault.

Gameplay wise, we know of a couple of modes. The majority of the game will be multiplayer, either as survival coop, 4 versus 4 or a mode called Demonizer, which is basically coop but once a player falls, he or she joins the ranks of the demons and has to fight against their former team. There will be a solo mode, though where’s the fun in that when you can have three friends with you? 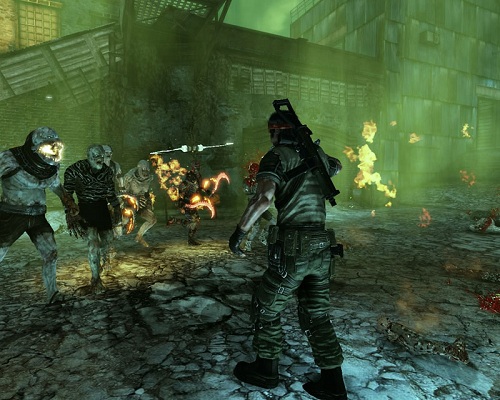 We’ve only just heard about this game, and kind of wish we knew about it sooner because it looks like it will be an absolute blast to play. While it might not be the prettiest looking game out there, especially with regards to character models, it definitely has some personality and mad amounts of detail.

A new comer to the gaming industry, KTX Software recently won Epic Game’s “make something unreal contest” that involved small teams competiting for best game experience using a mod for the Unreal engine. The Haunted saw them land first place, and the right to use the license commercially for their first project.

The Haunted: Hells Reach should hit Xbox 360 consoles the last week of October.

In other actions news, Duke Nukem Forever DLC coming soon and Assassin’s Creed to have a 2012 release.