RockSteady Unveil Arkham Knight, The Last In The Series

Rocksteady, the team behind Arkham Assylum and Arkham City, are reportedly working in Arkham Knight, the next and final entry in the series. 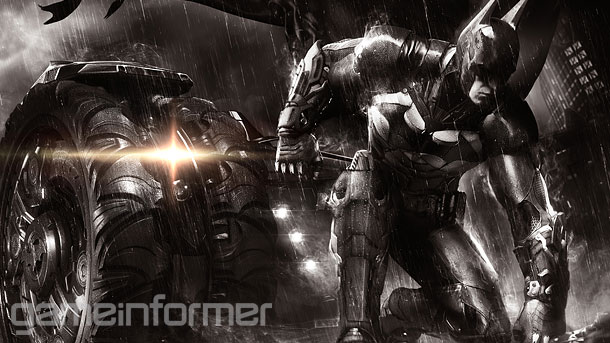 It’s been quite a trip for Rocksteady Studios, the team that tackled on the latest few Batman games, all of them acclaimed and praised by gamers and press alike (keep in mind, Arkham Origins was done by a different team). Now, they plan to close their trilogy with the latest entry in the series, titled simply “Arkham Knight”.

The game was revealed as it became Game Informer‘s April issue cover story, and it’s set to come out in 2014 for Xbox One, PS4 and PC. Batman: Arkham Knight is supposed to take place a whole year after the events of Batman: Arkham City, and is supposed to tackle some of the loose ends left by the previous game, such as the stories with Azrael and Hush.

In this game, it seems gamers will finally get to explore Gotham City itself (not Arkham), while having a drivable Batmobile to cover the bigger map intended to appear in the game. Finally! Maybe it will be a return to shape of the action-stealth series after last year’s underwhelming Arkham Origins. Rocksteady have also made a trailer available on YouTube which you can enjoy below these lines.

Read more stories at Titanfall Xbox One Bundle Incoming: Get The Console And Game For $500 and Completely Irrational: Irrational Games To Shut Down.