Crytek’s 2007 uber shooter ‘Crysis’ is scheduled to be heading to Xbox 360 consoles sometime in the future. 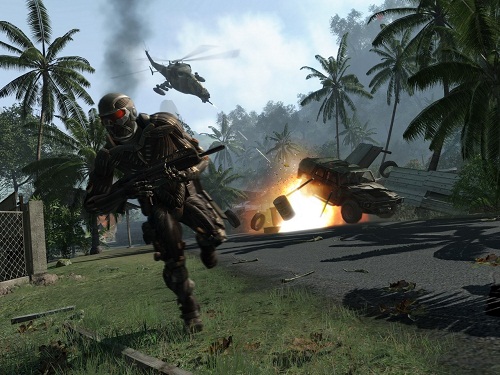 Console players can expect to receive a second serving of high powered gameplay when the original ‘Crysis’ is released for the Xbox 360. Take control of a super soldier with numerous powers at your disposal. With wide open world maps, players are free to tackle missions in any way that they see fit from stealth to brute force, to a mix of the two.

While many games promise multiple paths to complete a mission, the original ‘Crysis’ was one of the few that did it right. Missions are enormous, with next to no invisible boundaries or other limitations on a player’s movement.

It should be noted that the original Far Cry Crysis was the most demanding PC game of all time with regards to system requirements when it was first released a couple of years back. It set the bar for all future first person shooters in terms of graphics and realistic game worlds, and ushered in some of the most advanced physics seen yet in action gaming. 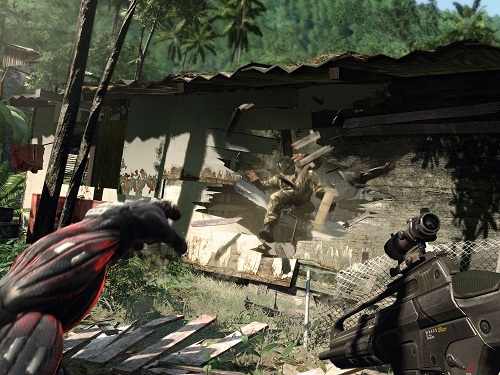 Interestingly enough, the original Crysis, according to more than a few PC gamers, not only plays better but has even prettier graphics than the sequel, so the fact that is now coming to Xbox 360 should make it one heck of a treat for console gamers who have just played through the sequel.

The sequel was quite well received by the gaming community and reviewers alike, but not as highly as the original which was largely considered to be a monumental achievement in terms of game play and graphics.

No news yet on the exact release date, but stay tuned for more updates as they come along.

For other Xbox 360 news be sure to read our Hands on Review for Hunted: The Demon’s Forge and Call of Duty Convention in the Works.