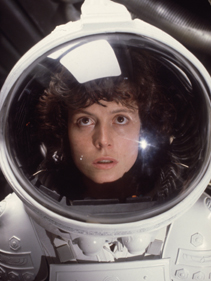 The New Ghostbusters and Aliens Video Games for Xbox 360 will not feature the return of Sigourney Weaver in her movie roles.

As we remember Sigourney Weaver as Dana Barrett in the Ghostbusters Movies and also Ripley in the Aliens series, we will not get to see her in the upcoming video game version of the Xbox 360.

According to MTV correspondents, Weaver mentioned that the pitches made for her to make an appearance in the games were not too impressive. She mentions that based on the Aliens game, the Ripley character is not in unison with the movie Ripley: killing some innocent marines, cursing like a madwoman, etc. In regards to the new Ghostbusters game, she mentions she does not even recall being approached to join the cast, or perhaps she was just too busy to pay attention.

Ok, so Ripley being left out will be felt…until you start killing Aliens, but I’m not sure about missing her in the upcoming Xbox 360 Ghostbusters game. I mean, if I told you Dana Barrett without mentioning Ghostbuster, would you know who I was talking about?