Microsoft’s Kinect is going to require gamers do quite a bit of adjusting around their home in order to get it working optimally. 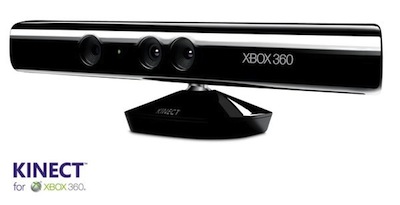 Gaming website VG247 has managed to nab some photos of the Kinect manual which shows some of the accommodations gamers will have to make in order to get the device working properly.

According to the manual, players will need to be about six feet (roughly two meters) from the device in order for it to work its best. Two players should stand about eight feet (about two and a half meters) away from Kinect.

The manual also explains the best height settings for Microsoft’s motion-controlled device, saying that for the best performance, it should be placed between two and and six feet (.6 to two meters) high, with “the closer to the low or high limit the better.”

The manual also tells users not to place the sensor on their console.

Some users may actually have to use an extra outlet to power Kinect, according to the manual, “For Xbox 360 S consoles, power is supplied by the console. For original Xbox 360 consoles, you’ll need to connect the sensor to a standard wall outlet.”

It’s also reported that the peripheral comes with a disc, and the user will need to install software in order to make the device work.

There are many other settings that players may have to check, says VG247. If users are having issues with the device recognizing their movements, players should “turn on lights to brighten the play space” and “try wearing different colored clothing that contrasts with the background of your play space.”

Lights, including sunlight, shouldn’t be pointed directly at the sensor, either.

That’s a lot of stuff to set up in order to get the device working properly. Of course it has to be able to see your entire body, but as many are already pointing out, that’s a lot of space needed in order to enjoy the peripheral the way Microsoft intends. They may be forgetting that this isn’t the floor of the LA Convention Center or the LA Theatre, this is going to be played in living rooms and people’s bedrooms, many of which aren’t big enough to accommodate this kind of gameplay.

On a side note, owners of LED TVs will have a heck of a time if they choose to put the peripheral on top of their set rather than under.

Not too into the whole motion control thing? Maybe some rockin’ controllers are more to your liking. Then, you can check out some sweet pumpkin designs that will give you some cool Halloween ideas.