One of the most anticipated games of the year, Brink is a new FPS developed by Splash Damage. This unique FPS carries with it a ton of customization, weaponry, and loads of challenge.

After playing for about three hours, it was clear that Brink was not going to be just a walk in the park. Starting the game, you are given the option to watch a tutorial video which will award you with experience points for simply viewing, as there is no real interactive tutorial. After doing so, you are then asked to choose a side, the Security or the Resistance, though this choice will not have much of an impact on the overall game play, as players will, ultimately, be able to play both sides of the campaign.

The customization, even on the start of the game, is quite exciting. While not much is actually unlocked just yet (with more available with more experience), it is still fun to make your character into what you want it to be. While the customization isn’t as in-depth as some of Bethesda’s other games, it is still quite deep.

After customizing my character, I went to select my weapons, though I had no attachments yet, as they are unlocked through game play. I did not know it at this point, but these are unlocked through the game’s challenges, but more on that shortly. I jumped immediately into hard mode and into the first chapter of the Resistance campaign. 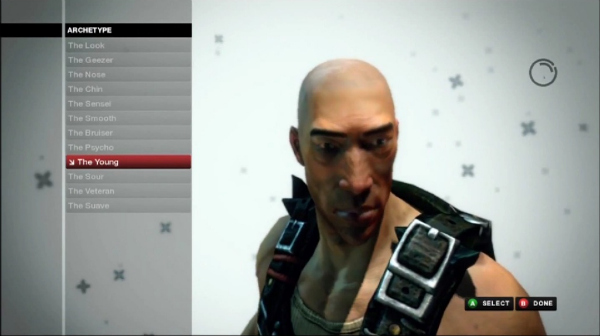 When I jumped into the mission, I had no idea what was going on. While the game seems to throw you into a steep learning curve, for some reason it doesn’t take long at all to actually get the hang of it. Within minutes I was able to figure out where I had to go and what I had to defend (though I still couldn’t figure out how to sprint). I think a training level would certainly do some good for this game. Even as a seasoned gamer, I wasn’t able to really figure it all out right away. The game is simple enough though, on the top right of your HUD is your current objectives, which you can switch your focus by using Up on the D-Pad. With this, it’ll point out your objective, so I cleverly sat in front of the door and defended, though it’s not as easy as it seems. Different classes have different abilities, so you have to switch between the four at times, especially in single player, in order to perform different tasks.  All of the classes have access to the SMART movement system, which will automatically attempt to move over an object based on how the player is approaching it depending on the body type (Light/Medium/Heavy) of the player’s character. 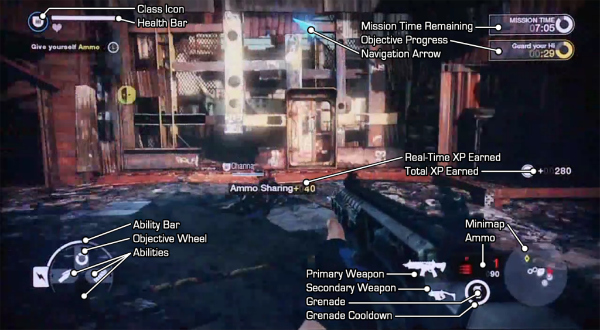 After this, I headed to the challenges, and I think this is sort of a “tutorial” more or less for the objectives of gameplay. The challenges are the ways of unlocking the different attachments for the guns, and you also gain experience, therefore adding some reward for even doing them. I must say that  just like the campaign levels, these are are quite challenging. It took me a number of tries to beat all of the challenge levels, and I still have yet to beat the final stage of one of the challenges.  The developers of this game certainly didn’t want this game to be a cake walk, and it is the exact opposite from that. 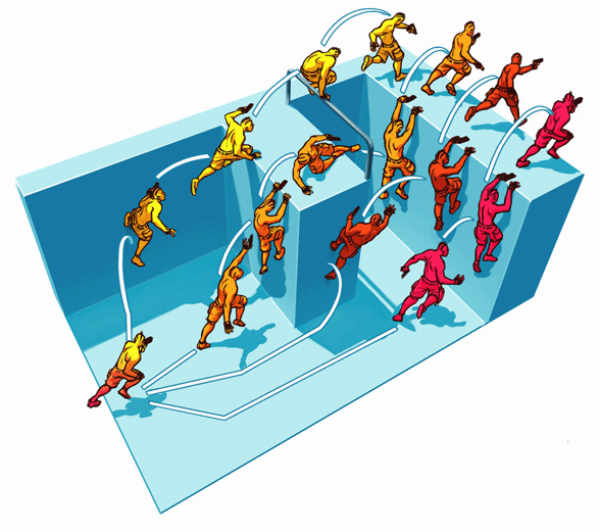 Multiplayer is a bit confusing. I do not know if I am just missing the place for it, but it does not seem possible to make a party and then start a game. Players must start a game and then invite their friends or have them join, and this can be quite annoying. Other than that, multiplayer is a blast, and you must really use teamwork. Each role needs to be used, and I happened to like running around as either a Medic or an Engineer. Each class has different perks (like reviving or setting up turrets/mines), and also can only perform certain tasks, such as hacking, setting up HE Charges, building/repairing, and reviving. Communication is key, and although the game seems to start off every single game with five to ten seconds of lag, it is quite smooth after that, and a lot of fun to play with friends. You can also play a versus game, where there are two teams that are on offense or defense, and must do the same objectives that the campaign offers, but playing a team of humans, rather than NPCs, which can add a different touch to the game. 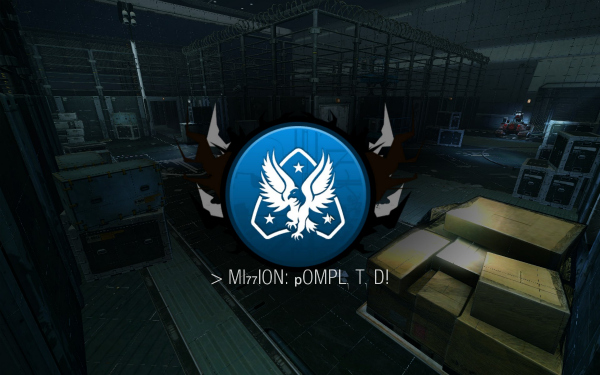 While Brink seems to be taking on a slightly different approach to the FPS genre, it is not a let down. Despite all of the negative reviews, this game is a lot of fun that has a lot of potential. I only wish there was some kind of simple team deathmatch, because everyone just wants to kill some enemies every once in a while. The lag at the beginning of the game can be a little annoying, but as I said, it smooths out very quickly, and will surely dissipate after a few weeks. My only real complaints, are the lack of a party system and the AI. The lack of a party system just seems to be a huge mistake, and I cannot figure out why this would be left out. Something that really angered me during my playtime was the fact that the friendly AI seem to be as dumb as my dogs at times. This applies to both sides though, as the enemy AI are also easy to fool at times, though at other times they seem to be ruthless death machines who cannot be stopped. With the friendly AI, you may find yourself being the only role at times, and the one role needed to succeed at your objective…

While I have yet to fully delve into the game, Brink deserves a 7 at the least. If the developers can find a way to incorporate some team deathmatch, possibly introduce an interactive tutorial (or at least some kind of explanation at the start of the game), and also make the friendly AI a bit smarter, my rating would certainly increase to a 8.5 or a 9.