Fable IV to be Kinect Only?

The Fable series has been a staple to the Xbox all the way back to the first in the series on the original Xbox. With Fable IV on the horizon, can the franchise recapture the market it seems to have lost?

Noun: A short story, typically with animals as characters, conveying a moral.
What Fable has done wonderfully throughout the years is provide a great story with awesome action. Sadly, it seems to have lost the original luster, with each sequential game offering less and less to players, ultimately leading to lower and lower ratings. Loyal fans have stuck through the hard times, hoping for gold, and have always received a game that is uniquely itself. With Fable III, the series really picked up on the co-operative playing and improved upon it from Fable II, though many gamers were unsatisfied with the lack of replay-ability once the game is “beaten” and you become king. While the game does continue for a while, it is not nearly as long as one would think. To me, the first game was the best, offering endless hours of play. Maybe I was just young and naive then, but Fable is one of my favorite games of all time. 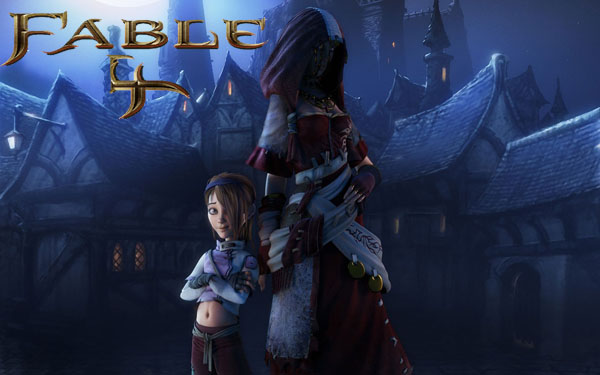 Fable IV was announced at E3 2011, and rumors are now surfacing that it will be a Kinect only game. I, for one, cannot decide if this is a right move at all. In my own opinion, I think the Kinect software could be great, but should not be forced on gamers, especially gamers who love the games they have played (usually games in a series). I would hope that Microsoft would allow for controller play, as I’m not even sure how to make it a fully-Kinect game, or some sort of hybrid between the two. What are your thoughts on the issue? What are your thoughts on the Kinect period? Let us know in the comment section below, and also check out the reveler for Fable IV below!
I also encourage you all to come play with my over XBL! Send a friend request to Killer Penguinz (with a space) and we can mop up some n00bs sometime on your favorite games! You might also like to read about the Call of Duty Convention and Rockstar Severs Ties With Team Bondi!
tags: Fable, Fable 4, Fable IV Kinect, Kinect only games, new fable