Cortana to Play a ‘Central Role’ in Halo 4

One of the most awaited titles as of now is the next game in the Halo franchise, Halo 4. With a new trilogy underway just after the launch of Halo: Reach, the franchise seems more alive than ever. 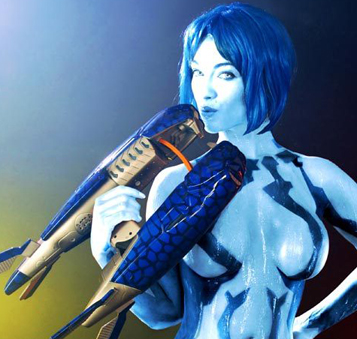 343 industries, the game producers, are making a good job at keeping things secret, but some juicy bits have finally surfaced, and now those who can’t wait to see the game have some ground to start making assumptions. Franchise Development Director Frank O’Connor has mentioned some details concerning the plot, and the role Cortana is going to play there.

“I can tell you Cortana’s going to be a focal point of Halo 4, for sure.” said O’Connor. “I think a lot of people are speculating on Cortana’s age and the effects of age on an AI, there’s this thing called Rampancy which is really just any AI thinking itself to death and Cortana’s been around for a while and most AIs have a lifespan of seven years.”

“Cortana’s a little bit different in that she’s been exposed to a lot more technology and information than other AIs via the Forerunner lore and mythos. But her state of mind, her relationship with the Chief, they’re all going to be core elements of the story and the ‘human drama’ as it were in Halo.”

This seems to indicate that Cortana won’t just be a side-kick and detail on the background, but will have real weight in terms of storyline. The thought of Cortana having to deal with the massive amount of information while learning more about Master Chief sounds pretty exciting, particularly because at this point, Cortana is as much of a character as anyone else in the franchise and not just an AI.

Even the authors themselves seem to be emphasizing this human-like take on Cortana:

“It’s a partnership,” notes Kevin Grace, the developer’s managing editor. “Parent/child, husband/wife, business – it’s a partnership. The irony is that Cortana is the least robotic of the two. She’s got a full simulation of feeling, in the same way that your brain is simulating emotions now.

“She’s the emotional half of that relationship, and she’s going to have a lot of challenges in her future, if you pay attention.”

Readers and gamers should be excited for this new take on the franchise, which is a direction the franchise hasn’t explored yet and might lead to interesting plot-twists that could enhance the action-packed blockbuster. For more upcoming games news, fans should check out our features on Borderlands 2 and The Elder Scrolls: Skyrim.