Call of Duty Elite – Do You Really Wanna Pay A Monthly Fee?

This coming fall, Activision Blizzard Inc. is looking to begin charging monthly fees to players who want to take advantage of the new Call of Duty Elite system. What is this system, why should you have to pay for it, and is it really worth it?

Most of us would really like to think that the $60 we pay to play our beloved video games is enough to satisfy the gaming industry, especially when we spend millions, if not billions, a year on the purchasing of video games. In the past few months, companies have unfortunately forced some to purchase a code online when buying a used game in order to play online with friends, and now the publisher of the markets biggest video game series, Call of Duty, would like to charge you a monthly fee on top of your $60 in order to “enhance your game play.” 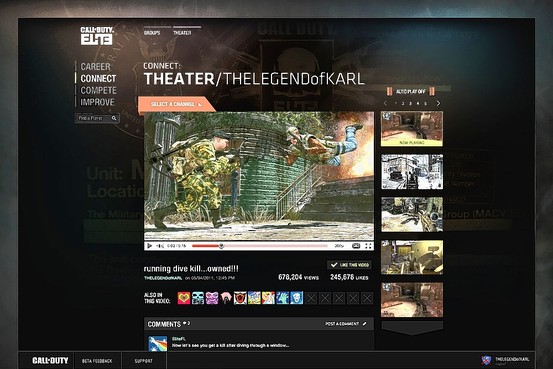 Call of Duty Elite will be a service offered by Activision Blizzard that will allow players to gain access to added features in the next installment of the game, Call of Duty: Modern Warfare 3. These features could include special map packs, special levels, and also “Call of Duty player tools,” similar to the tools given out in other popular games, such as the Halo series. From my interpretation, these tools would allow players to analyze their game plays and see things such as virtual maps with statistics on kills and deaths with certain weapons and such. On top of that, there seems to be the promise of tournaments where players can earn “awesome virtual and real-world prizes,” though I cannot help but think this sounds strikingly similar to what one very big gaming site provides, Game Battles, again a free service.

While Executives have yet to really put a finger on a price, it has been said that “they expect the cost to be less than fees for comparable online-entertainment services, such as a $7.99-a-month Netflix Inc. movie subscription” (WSJ). In my opinion, it really seems that this service will be a huge flop for the company, as players will not want to pay for these features. In the past, developers have included this feature into the game at no cost, such as Bungie in it’s Halo 3 pages and Halo: Reach pages. I could not see myself shelling out the cash for this service simply on that fact alone. While it has yet to be fully revealed as to what will be available, I cannot imagine it would be life and game changing for players. Luckily, players will not have to pay for this in order to play the game, it will simply be an added bonus.

Currently, there is a Beta Sign-Up going on for the service, so head on over to reserve your spot if you haven’t already. What do the readers think about Call of Duty Elite? Would you pay for it once it’s offered? Maybe you should also check out June’s Xbox 360 Releases and The 6 Best Survival Horror Games  for Xbox 360!