Bodycount, the Sequel to Black, coming to Xbox 360

‘Bodycount’, the sequel to ‘Black’, the insane 2006 shooter for the original Xbox, will be coming to the Xbox 360 this August.

‘Black’ was one of the first games to bring environmental destruction to the forefront of game play, and not just as a visual effect. Players were able to demolish just about everything through the sheer stomping power of their weapons. Guns were loud, powerful and filled the screen with an array of fire and debris whenever the player pulled the trigger, which happened to be quite often.

For those of you fortunate enough to have played ‘Black’ back in the day will surely be looking forward to more even more madness and environmental destruction this time around. According to sources, ‘Bodycount’, while not a direct sequel, is the spiritual successor and was designed with the same creative team holding the reigns. 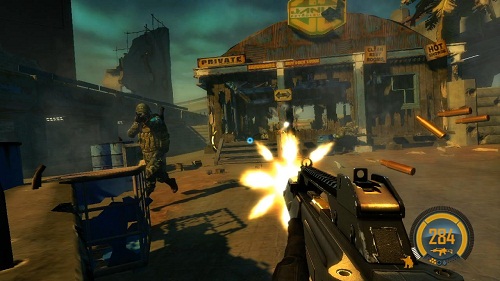 ‘Bodycount’ will feature the same focus on the weaponry as its predecessor did with powerful weapons that the player will be able to tear up the game world with. Unlike Call of Duty and other franchises that slow down game play with quick time events and cinematics, ‘Bodycount’ promises to do away with those conventions and focus on pure, unadulterated gunplay and firefights.

Look for the game to be released sometime in August, and then pick up a copy and enjoy hectic firefights that few games can offer.

For other first person shooter news on the Xbox 360, be sure to read GoldenEye 007 Reboot Could be Heading to the Xbox 360 and our Hands on Review of Fear 3.