Bethesda recently answered some questions that gamers were asking about their upcoming release, Skyrim. 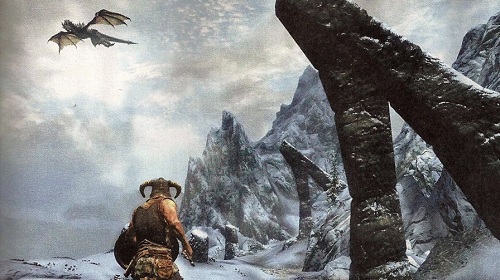 According to a recent interview, one of the things that Bethesda is emphasizing with Skyrim is the story. With both Morrowind and Oblivion the story felt more like an easily forgettable backdrop. It always lurked in the distane, and sometimes players could go for 30 hours without even progressing it. This time they want the story to be important and a bit more front and center.

In Skyrim, players will find themselves in the middle of a civil war taking place some 200 years after the events of Oblivion. Events that the player encounters will generally be related to the story, and less like random fantasy encounters. Of course, that’s not to say that they’ve decided to make the game more linear. Players will still be able to make choices during their quests which will affect later events. Though, while there will be a ton of main and side quests, the number of branches will not be as varied as in Fallout 3. 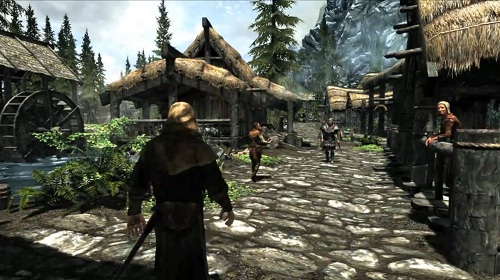 Another important addition has to do with loot and monster scaling. Back in Oblivion, pretty much everything in the game, from enemies to items, were relative in difficulty and power to the player’s level. However, this time around, Bethesda plans on handling things more like they did in Fallout 3, with various encounter zones. Some areas of the world will be tougher than other areas, and also offer greater rewards for intrepid players.

Also, there will be a heavier emphasis placed on NPC relations throughout the game. Like before friendly NPCs will treat you like a friend and hostile ones will either bad mouth or outright attack you. This time it seems like Bethesda might be borrowing a few cues from the Fable series, allowing you to seek romance, get married and live with your spouse in your home.

With regards to future DLC, Bethesda wants us to know that they won’t be repeating the “horse armor” fiasco from 2006. As well, they aren’t really looking at repeating the same DLC format that they did with Fallout 3. According to Bethesda, they would like to release fewer, but larger, DLC packages, more akin to the now extinct Expansion Packs that we used to see for PC games.

Skyrim will be out November 11th.

Be sure to also read Bethesda Announces Dishonored and New Screenshots for Final Fantasy 13-2.