Titanfall Xbox One Bundle Incoming: Get The Console And Game For $500

Just a couple months after the official release of the Xbox One we get a bundle with what is arguably the most awaited exclusive: Titanfall. 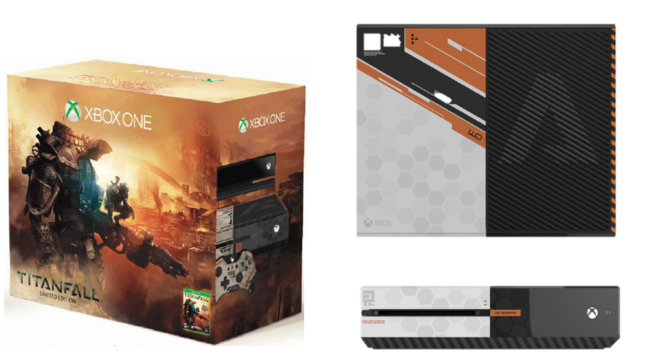 The Xbox One seems to not have any price cuts in line just yet, but here’s something that will add a little more value to your purchase once you finally decide to go next-gen: this is an Xbox one bundle that was just announced by Microsoft. It’s a limited edition $500 Xbox One themed after the game Titanfall, and with a matching paintjob and digital code for the game itself.

The bundle is coming out on March 11th, same as the game, so buyers will be able to jump right into the action, provided the servers hold and we’re not facing a Sim City / GTA5 situation, where the games took a while to be playable across different platforms because of user overload.

While this bundle provides excellent value, there is one disappointing detail about it: the controller included is not the fantastic Titanfall controller they’ve shown before, but a regular one instead. Oh, well, nothing is stopping you from getting it along with the console anyways, if you’re really into it, right?

Read more stories at Completely Irrational: Irrational Games To Shut Down and Quantum Break Gameplay Shown Off At The VGX Awards 2013.